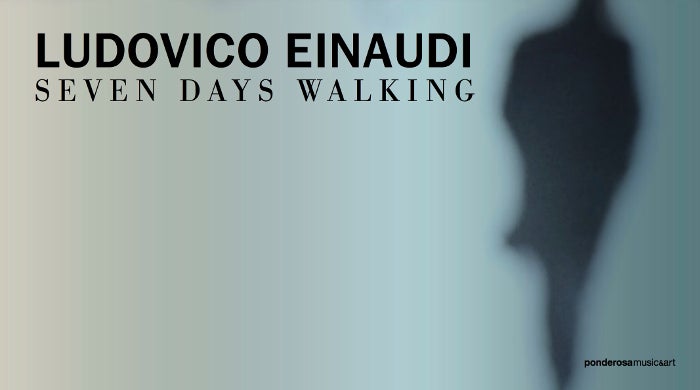 Ludovico Einaudi has played piano on an Arctic glacier, performed at huge pop music festivals, and become the most-streamed classical artist in the world, but the composer and pianist's new album may be his most ambitious project yet. On March 15, he will release the first episode of a seven-part new album called Seven Days Walking (Decca Records/Universal), before embarking on a North American tour at the end of May.

Recorded in September and October 2018 in Schloss Elmau (Germany) and Air Studios in London (England), Seven Days Walking will come out in seven episodes modeled after the days in a week, one episode a month through September. A physical box set of all seven albums will be released in December. Preorder Seven Days Walking: Day One here: https://lnk.to/Einaudi7DD1

Each episode focuses on several main themes, which recur in different forms; seven variations following the same imaginary itinerary. "The idea first came to me as I was listening to the recordings of the first sessions: each version seemed to me to have its own personality, with subtleties so distinct from one another that I was unable to choose which I preferred," says Einaudi. "I associated everything with walking, with the experience of following the same routes over and over, discovering new details each time. And so in the end I decided to thread them all together in a sort of musical labyrinth, a little like stepping inside the twists and turns of the creative process, to understand how a musical idea can develop in multiple directions, and changing once again at the moment in which it is heard."

Einaudi will perform this new music across North America in May and June. Following over two dozen European dates this spring that have already sold out, Einaudi's Seven Days Walking Tour will hit select North American cities starting May 31.