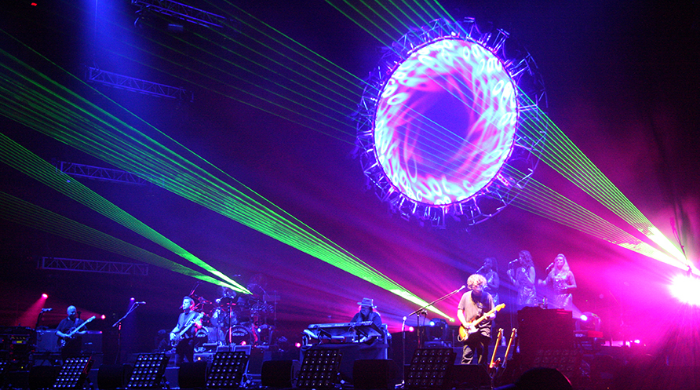 “The best tribute band in the world” – London Sunday Times

Taking its tour title from “Set The Controls for the Heart Of the Sun” from the A Saucerful of Secrets album, The Australian Pink Floyd Show will be performing Pink Floyd classics such as “Another Brick In The Wall”, “Comfortably Numb” and “Wish You Were Here”, as well as a few surprise tracks.

This tour is unique in that the audiences are able to vote for the songs that they would like to hear live by visiting the band’s website and taking part in the online poll. The top songs will then be played each day.

Lorelei McBroom will be appearing on this tour. Lorelei’s credentials are staggering; she toured with Pink Floyd on the “Momentary Lapse of Reason” and “Delicate Sound of Thunder” tours, appeared in the videos for “The Dogs of War,” “On The Turning Away” and the “Pink Floyd Live In Venice” TV broadcast.  She also performed “The Great Gig in the Sky” with Pink Floyd, a song she will now perform with TAPFS.