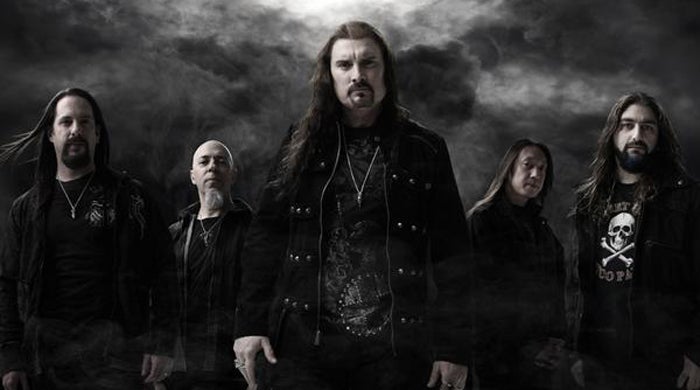 Tickets: Tickets can be purchased starting Friday, December 20 at 10:00 am at the Box Office (located on the west plaza of KeyArena, Ticketmaster outlets, Ticketmaster.com, or charge by phone toll free at (800) 745-3000. All tickets subject to applicable service charges and fees.

What: Dream Theater’s brand new, self-titled opus is a masterpiece of ambition, adventure and redefined purpose. Dream Theater heralds an exceptionally energized and profoundly dynamic emergent chapter for the melodic, progressive and consistently heavy masters of hard rock invention. Dream Theater is a name synonymous with the penultimate synthesis of studied expertise and relentless creative passion. It is an album that at once recalls the brilliant hallmarks that have made the band icons to fellow musicians and hard rock fans alike, while simultaneously a bold declaration of a future yet to come.

The mountain of awards and accolades from guitar, drum and keyboard publications rightly bestowed upon the band over the course of their storied career shouldn’t overshadow the most important thing Dream Theater has always offered: engaging, deeply resonant and undeniably catchy songs. For all of the progressive instrumentation and time signatures that have caused heads to spin since before the band’s gold-selling sophomore set Images and Words through 2011’s A Dramatic Turn of Events, Dream Theater have consistently proven their proficiency with songwriting itself. It’s no surprise that “On the Backs of Angels,” released just two years ago, earned the veteran band their first-ever Grammy nomination.

“We have a great history. We’ve made a lot of albums that we’re incredibly proud of and that are special to us. Self-titling this album was a way to illustrate that we remain in a constant state of evolution,” explains co-founder, guitarist and producer John Petrucci. “We are striving to move forward, to do better. This is an album that both new listeners and longtime fans can point to and say, ‘If you want to know what Dream Theater is all about, this is the album to get.’ Dream Theater is alive, vibrant, moving forward, constantly.”

Dream Theater delivers all things Dream Theater in every sense of the phrase, including a return of their mind-bending instrumentals: cinematic album opener “False Awakening Suite” and “Enigma Machine.” There are also epic storytelling centerpiece songs, like the multi-dimensional album closer, “Illumination Theory,” taken from the playbooks of Dream Theater spiritual forefathers like Yes and Rush. “Along for the Ride” is emboldened by a free-spirited, inspired vibe. The lyrics are incredibly optimistic and the song itself is uplifting. Dream Theater boasts the band’s heaviest production sound ever, courtesy of Petrucci and engineer/mixer Richard Chycki, whose resume includes work with Rush, Aerosmith, Skillet and Mick Jagger.

“It’s unusual for a band like ours, doing our own progressive metal mixture, to have stayed focused, to still be producing music that’s as vital and energetic as ever,” observes Rudess. “This is our strongest point since I joined the band, where the personalities are really united and creating a large statement with a lot of power. This album has all of the crucial elements of Dream Theater. This is us saying, ‘Okay, this is Dream Theater. This is our mark, right here.’ It’s bold.”

The minimalist, modernized version of the Dream Theater symbol, as internationally recognizable as the Misfits' Crimson Ghost, HIM's Heartagram or the Black Flag bars, is the bold anchor of the album artwork for a reason. It’s a mere taste of what lies beneath, within the music itself.

“This record is loaded with very passionate, simple grooves that drive people, but it’s also loaded with an outlandish sense of deep musicianship at the highest possible level we can offer,” promises Mangini. “LaBrie has got one of the most beautiful voices on Earth. “The guys in this band are no novices. The album has a very congruent feel, an organic mix of passion and nurtured songwriting.”

Dream Theater serves as both entry-point for curious newcomers and shining beacon to longtime devotees. It is a landmark statement befitting of not only the band’s multiple milestones, but of their increasing prowess, perseverance and overall fulfillment from creating diverse, nuanced and atmospheric compositions. Evocative, transcendent, genre-defining and as hungry as ever, Dream Theater’s music is as timeless as the dozen-album strong discography and more than 25 years of performing would suggest, while alternately ever-advancing toward new horizons.

Dream Theater has sold over two million albums in the United States alone and over ten million albums around the world, thanks to astoundingly important records like Metropolis Pt. 2: Scenes from a Memory (1999) and Systematic Chaos (2007). Sharing stages with musical titans Deep Purple, Iron Maiden, Porcupine Tree, Megadeth and Emerson, Lake & Palmer (to name a few) has contributed to the rightful perception of Dream Theater as one of rock’s greatest live acts. Petrucci and Myung have known each other since before they were in high school. They assembled what would become one of the world’s most impressive musical collectives together with fellow Berklee College of Music student Mike Portnoy. Many fans became exposed to Dream Theater through the MTV staple “Pull Me Under,” from the band’s mammoth second album, the first to feature LaBrie.

Mike Mangini, who beat out many impressive candidates for the drum position in 2010 and who has set five World’s Fastest Drummer records, was on the faculty at Berklee College of Music in Boston.

The band worked on material at sound checks while touring behind A Dramatic Turn of Events, which debuted in the Billboard Top 10. The drum parts for A Dramatic Turn of Events were already mapped out before Mangini joined the band. With Dream Theater, much of the material was composed in the rehearsal room, as a unit. “We knew Mike was a great guy, a talented drummer and did an amazing job in the studio and onstage,” Petrucci says. “But we hadn’t really worked with him creatively before. He exceeded what we imagined and put this energy into the album.”

Rudess concurs. “Mangini’s personality is all over the new record. You can’t help but smile when you hear it. He’s so present. He’s so there. He's got this exuberant personality that has become part of Dream Theater. It’s been a real joy having somebody who is as focused and music crazy as all of us. It’s additional incentive to keep Dream Theater really strong, really alive and moving forward.”

Mangini has had a chance not only to gel with his band mates but to integrate into the worldwide Dream Theater community. He’s been just as impressed by the Dream Theater faithful as they have been with him. “Dream Theater fans are an extremely educated bunch for the most part, they are very smart,” he says. “They know their details. They know their music. They don’t mess around. When they hear this album, they are going to realize just how important they really are.”

That Dream Theater is creating their most inventive, invigorating and satisfying material on album twelve is testament to the continued creative drive and commitment to excellence they’ve always maintained. For many bands, fans will cling to this or that touchstone record. A Dream Theater fan can celebrate the catalog and newcomers can get a comprehensive look by starting right here. “This is album number twelve, there’s no reason why a band can’t continue to evolve and top what they’ve done before in a positive way,” Petrucci reasons. “It’s nothing rehashed, it’s not the same old thing, it’ not lazy. A new album, for us, is always an opportunity to put our best foot forward, to try to break new ground and try to be a better band.”

Classics will always remain classics, but nobody is running around saying they’d like to trade in their latest iPhone for the original model. Metallica’s Kill ‘Em All is uncompromisingly badass. But it was their fifth album (which was self-titled) that sold over 30 million copies. From Rush to Pink Floyd to The Beatles to Black Sabbath, a number of legendary bands continued to unleash pivotal albums at multiple points along their creative journeys. With Dream Theater, this band solidifies a place amongst the greats, whose work will always inspire.